Antimicrobial Resistance: Combating the Cancer of the Future

An estimated 700,000 people die each year worldwide due to antimicrobial resistance.  Among that number are over 200,000 infants with infections that do not respond to antibiotics.  More and more hospital-acquired infections are leading to loss of life. If nothing is done to curb its spread, antimicrobial resistance is projected to kill over 10 million people yearly by 2050; greater than the current number of deaths caused by cancer each year.

Antimicrobial resistance (AMR) refers to a wide range of microbes that have formed highly evolved strains of “superbugs” that are resistant to the medications used to treat them. Some strains of HIV, malaria parasites, and bacteria such as tuberculosis, salmonella, and E. coli have developed particularly resistant and lethal strains. AMR develops through the improper usage of drugs.

The public health sector has acknowledged AMR as a problem for over a decade, eliciting multiple warnings from the World Health Organization (WHO) and the Centers for Disease Control (CDC) over the years. The drastic consequences of antimicrobial resistance are so evident that unified and coordinated action worldwide can no longer be delayed.

Recognizing the urgency of the matter, the United Nations held a high-level meeting on AMR this past September. One of the outcomes of the meeting was the formulation of the Interagency Coordination Group (IACG) which brings together agencies like the World Health Organization (WHO), Food and Agriculture Organization (FAO), and the World Organization for Animal Health (OIE) to help create guidance around AMR best practices, keeping the Global Action Plan on AMR in mind. The plan highlights, among many other factors, the importance of engaging the private sector and forming public-private partnerships to increase access to medications.

This is due to the recognition that high-level political will alone is not enough. Existing initiatives in the private sector can be leveraged to promote the global AMR agenda on a local level. Various, seemingly disparate focuses all contribute to this fight, more directly than possible through the public sector alone. WASH initiatives, patient and provider education, and drug retail licensing all help prevent the spread of AMR in one way or another. Let’s take a look at five organizations profiled on the CHMI database that are playing their part in the fight against antimicrobial resistance. 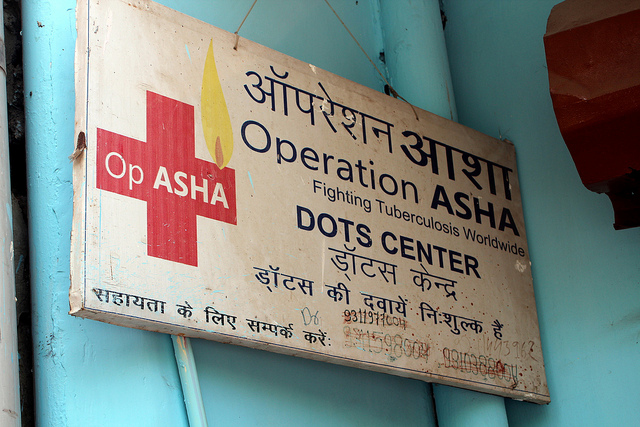 Operation ASHA: Tuberculosis is one of many diseases that has developed a multidrug resistant form, known as MDR-TB. The improper and/ or incomplete usage of TB drugs leads to its formulation. Operation ASHA, a nonprofit based in India and Cambodia mitigates this risk by training community members to become TB health workers and tracking medication uptake among patients. By taking medical treatment to doorsteps, OPASHA is increasing access for thousands of people that may otherwise go untreated for tuberculosis. In India, a country with the second highest number of MDR TB cases worldwide[1], organizations like Operation ASHA are essential to prevent the spread of AMR.

APOPO: Detection is also an essential component in the fight against AMR. APOPO aims to detect TB in samples that have already undergone microscopy using specially trained rats, which utilize their olfactory senses as a detection mechanism for the disease. This NGO collaborates with local TB clinics to obtain samples and reports updates back to the clinic to ensure accurate treatment of patients. Based in Tanzania, APOPO has been able to increase the detection rate of participating clinics by 40%.

Accredited Drug Dispensing Outlets (ADDO): Medicinal quality plays a huge role in managing the spread of AMR. Tanzania’s ADDO works with small drug retail outlets to train and license them for essential drugs, providing a regulatory mechanism in the country. A recent article proposed the linking of antimicrobial dispensing practices to accreditation in ADDOs to further control antimicrobial resistance.[2]

ART Adherence Clubs: HIV/AIDs is another disease that is susceptible to drug resistant forms due to improper medication/ usage. South Africa’s ART Adherence Clubs, among many other benefits, ensure that patients are taking medication properly. South Africa has the largest HIV positive population in the world, around 6.2 million people. The ART Adherence Clubs specifically work with clinically stable patients, and in areas where they are present, ART Clubs treat around a quarter of ART patients.

D-tree International: Mobile phones are increasingly common and easy to obtain worldwide. Taking advantage of this phenomenon, D-tree International has created mobile-based protocols to tackle, among other health concerns, TB and malaria, both of which are diseases that have acquired drug resistant forms. One of the big benefits of these protocols is the reduction of inappropriate prescription of medication. Because AMR stems from the improper usage of antibiotics, the reduction of unnecessary or erroneous prescription has the potential to prevent the formation of resistance in patients.

These innovators are all making an impact in preventing the spread of AMR, but more is necessary to be able to tackle this issue on a grander scale. The public and private sector are currently working disparately on the issue causing inefficiencies in the system. Redundancies and gaps in the fight against AMR will prevent any sustainable progress. Until a bridge is made between the two, on the local, national, and global level, AMR is here to stay.