The Communication for Behaviour Change (CBC) approach led by iKure is bringing positive change in the health conditions of the pregnant women and children, and improving quality of life in rural villages in Karnataka state, India.

Human beings as social creatures are driven by the norms and beliefs of the communities they live in. Street plays, health posters, charts, cultural programme and training are few key activities adopted by iKure as part of CBC approach to facilitate effective mother and child intervention in the region.

The strategic approach to inculcate CBC was the outcome of a survey conducted by iKure in 15 villages in Haveri district in Karnataka. According to the survey 50% of the population suffered anaemia and 33% of them had not undergone a haemoglobin test. Further, 80% of them did not know about their blood group and 13% were severely underweight. Speaking about the survey, Tanusree Mazumdar, program implementation manager reported, “We were surprised to find that most pregnant women were not aware of their health conditions and nutritional requirements, and they did not seek any neo-natal care”. 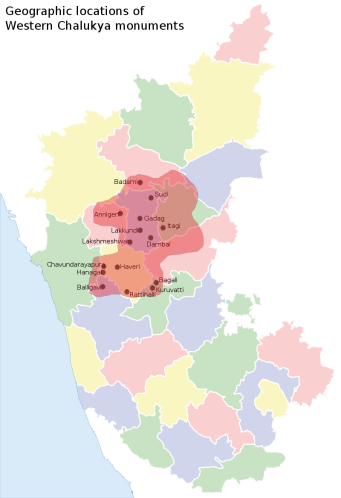 Sharing one such incidence, Mazumdar said, “A 7-month old pregnant women was reported to suffer from anaemia. On enquiring about her daily doze of medicine, she confronted not taking any iron or folic acid tablets fearing her baby would be born with a big head. To avoid the situation, she ate less and ignored taking medicines”.

Social taboos and cultural myths are predominant in rural communities. Menstrual cycle is still treated as a curse and women are believed to be untouchable during such times. There are in-door toilets in many homes but people still prefer open defecation. Community members’ knowledge of preventive measures for illness is limited and many are used to going to quacks for home deliveries.

Realising the gap, iKure together with its supply side of healthcare services, adopted the CBC approach to motivate, teach and give enabling information around pregnancy and child health development.

The CBC approach is three-fold and focuses on different target audiences at each level. At the patient-level the program targets pregnant women; wherein the community health workers carrying health posters share information about pregnancy and basic health measures that can be easily practised at home. Health charts are also provided to the pregnant women and are kept on display at the patients’ home.

At family-level they engage mothers-in-law and husbands, as it is believed the decision makers in most cases are the mother in law or husband. Interaction at this level motivates families to give monetary support to seek care and provide special attention to patients’ diet as well. The family members are counselled both at patient’s home as well as at the camps where doctors are present. At community-level, the communication strategy addresses social taboos & cultural myths through interactive meetings, discussions, street plays, bringing in senior doctors from District level to speak about the best practices in health & hygiene etc.

The CHMI learn and launch initiative was of great help to successfully organise and implement the CBC approach on the ground, reveals Sujay Santra, Founder and CEO at iKure. “Our collaboration with CHMI led to understanding of the key challenges with respect to mother and child care and adoption of community-focused behaviour programme. While designing communication messages, we picked up easy to use simple practices that are ‘user friendly’ and can promote utilization of health, nutrition and family planning services.”

While communication alone may not produce and sustain behaviour change, effective training of community health workers is also critical, shares Sujay. “The CHMI initiative was rewarding in this aspect. Through this program we were able to build the capacity of  women community workers who are encouraged to serve their own community. Community woman and encouraged them to serve her own community both clinically & technologically. The learning through CHMI initiative helped us to adopt key strategies to train and motivate the community members to be real motivators of behavior change”.

Going forward, iKure is planning to engage and mobilize the community by introducing a nutritional tool kit as part of a package of services including screening children of ages 9-14 and providing parents with information to promote healthy nutritional habits for child development especially child bearing girls. Mazumdar shares, “We are indeed trying to introduce Nutrimix health drinks strictly for pregnant ladies, which is going to give all the nutritional requirements during pregnancy.”

iKure believes in altering the core value system of the community that can result in higher participation and accountability of the community members, where they themselves become the change agent in the community. As part of iKure’s corporate social responsibility (CSR), iKure is planning on implementing an effective behaviour change programe in other states in India. In association with Orissa Cement Limited (OCL), iKure will introduce music and cultural activities to sensitize key stakeholders on issues of healthy practices to promote health, wellness, nutrition and sanitation components. The CSR intervention is deployed in communities surrounding the OCL plant in Paschim Medinipore West Bengal.