Bangladesh is mentioned in the news frequently, but to her citizens’ vexation, not always for the best of reasons. The textile structural disaster that killed more than 1,000 people, the recent “landslide” elections and the preceding violence and blockades were all headline news. But as far as social indicators go, the news has more often than not been positive, something that Nobel laureate Amartya Sen never misses an opportunity to mention (especially when comparing to India).

The small but massively populated country has achieved laudable milestones, if not miracles, in public health. Improvements in the survival of infants and children younger than 5 years old, higher life expectancy, lowered fertility rates, greater immunization coverage and tuberculosis control are a part of Bangladesh’s success story, despite low spending on health care, a fragile health system, tethering political rule and widespread poverty.

The recently published Lancet series on Bangladesh analyses this progress, with a comprehensive look at the contributing factors, context and environment. How did Bangladesh achieve so much in only a generation?

It takes a village

We’ve all heard the above adage, and indeed a large-scale distribution of community health workers (CHWs) was a key approach for the efficient delivery of health services to a broad population. This “application and adaptation of community-based approaches and community health workers at scale” was instrumental to Bangladesh’s successful expansion and reach of programs in oral rehydration therapy (ORT), family planning, immunization and tuberculosis. As Bangladesh’s own Fazle Hasan Abed says, BRAC turned to training rural women to undertake a national oral rehydration campaign, doing the training on the women’s own terms. 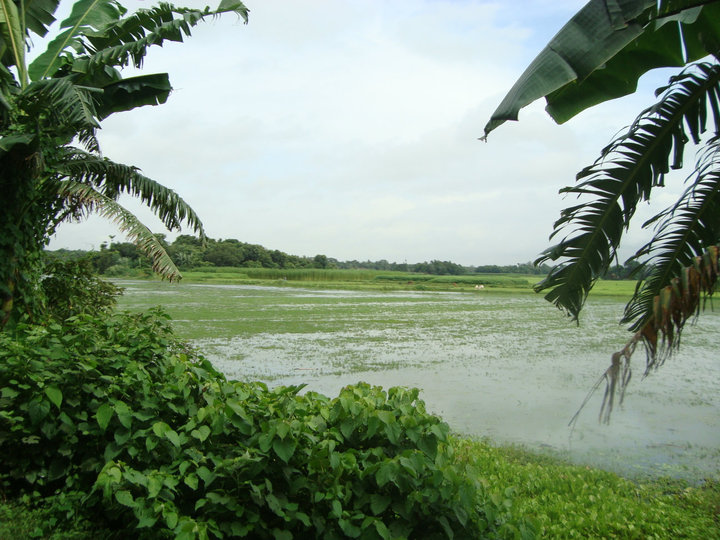 “Many of the women, quite understandably, did not understand the concept of ‘a half litre of water’ for homemade ORT, so we developed a training program that helped women to measure the correct solution by scratching marks on everyday household containers,” he recounted.

“When an initial evaluation showed that only 6 percent of women had used this knowledge about ORT, we retrained the trainers and discovered that many of them had not believed in the treatment themselves. Within two months of this retraining, 18 percent of women in the program areas used ORT. BRAC continued to fine-tune the program and by 1990 we had reached 70 percent of households in the country.”

Since then, many programs in Bangladesh have capitalized on the network and knowledge of rural and urban women. Picking up the slack where the government had failed, Dushtha Shasthya Kendra (DSK) set out to provide dependable, efficient and affordable health services for urban slum communities and squatters. A primary component of their services is training CHWs to raise awareness about common diseases, family planning, antenatal care, immunization, clean water, sanitation and hygiene. DSK also trains traditional birth attendants and mothers from slums on general health. Similarly, the ICDDR,B’s Nutrition Programme teaches CHWs and village doctors to detect and treat TB in children; Clinics4All trains CHWs in disease management, laboratory and pharmacy services in collaboration with the Bangladesh Ministry of Health; and Hope Foundation provides a three-year midwifery program to fill in the gap for trained midwives to assist in pregnancy and family planning.

The promise of universal health coverage

As nations all around the world mobilize themselves around universal health coverage, the authors of the Lancet series recommend this should be a priority for Bangladesh as well. Out-of-pocket expenditure constitutes the most important source of funding for health care and is extremely high; it was 96 percent in 2011. However, as only 1 percent of the GDP is allocated for public expenditure on health, a third of the population is below the poverty line and a small group of workers are formally employed, a national insurance health scheme would be challenging to implement.

An innovative program that addresses this issue is Grameen Kalyan (GK), which in addition to operating 53 Grameen Health Centres (GHC) serves over 1 million people with free health care through their community health workers. It provides micro health insurance to any GHC client to ensure low-cost delivery of services. GK encourages its clients to enroll in health insurance, although it is not mandatory; the premium is BDT 200 (U.S. $2.58) for Grameen Bank borrowers and BDT 300 (U.S. $3.86) for everyone else. Some enrollment benefits are free quarterly check-ups at home for six family members, compensation up to BDT 2,000 when any cardholder’s family member is hospitalized for surgery or for anything life threatening, and discounts for treatment with GK’s mobile health clinic.

Patience (with action) is a virtue

As non-government programs increasingly begin enrolling poor and rural communities into insurance plans, they pave the way for a sustained and palpable demand for universal health coverage, to a system where the government will be tasked to play a bigger role. When asked what the universal health coverage journey will be like for a country that doesn’t have a holistic health system, Mushtaque Chowdhury, one of the authors of the Lancet series, said it would take time but that it’s important to start the process.

Bangladesh has definitely come a long way since its birth only 43 years ago. With the right actors in play, the miracle making so far is probably only the beginning.