Ahadi Kenya Trust is a non–governmental organization that spearheads the Jigger Eradication Campaign in Kenya and Eastern Africa. The Campaign works in local and difficult to reach regions of Kenya and enlists the assistance of over 1,600 volunteers from Kenya and other countries.

Ahadi Kenya Trust Kenyan own organization works on the jigger eradication program the rural areas of Kenya. The Ahadi’s campaign activities include the registration of jigger victims; providing direct services such as treatment, preventative and rehabilitative services; volunteer training; and partnerships with government institutions, private sector, and the community to help raise public awareness and support for jigger eradication in Kenya.

Awareness Creation: Through continuous use of the media, Ahadi Kenya manages to heighten awareness regarding the plight of the millions on poverty stricken people infested with jiggers. The stigma previously associated with jigger infestation is greatly reduced and uninfected members of society have begun to understand that jigger infestation is a result of extreme poverty and not due to issues such as witchcraft and curses. Previously jigger victims were turned away from public hospitals and health facilities, they are now able to receive treatment.

Registration of Victims: they register children between the ages of 0-12 years, women and men. This data had been very important in the development and implementation of projects in different parts of the country.

Education and Training: Ahadi Kenya has trains volunteers, community health workers and community members on the management and control of jigger infestation.

Each group plays a critical role towards the eradication of jiggers. The anti-jigger campaign has been for the first time launched in Uganda by Ahadi Kenya In collaboration with Hope of Ray Community Organization. This took place at Wandegea Village, Mayuge District, Eastern Uganda. More than three hundred people were treated during the camp that was attended by among others, government officials and local leaders Ahadi Kenya spread the anti-jigger campaign to Tanzania a month after launching a similar one in Uganda. The launch was held at Arumeru District, Arusha in Tanzania. Ahadi is partnered with Tanzania Assembly Church of God. The campaign is the first ever to be held in the country and those present were shocked to see the extent of infestation in the area. Several people have died in the country due to the infections. It is estimated that millions of Tanzanians are suffering but are not aware that the condition is treatable. Ahadi will spread to other parts of Tanzania as they continue raising the awareness.

2.7 million jigger-infested men, women and children have been registered by this program.

Number of personnel employed:
100 or more
In the past year, has the program scaled by:
Significantly increasing the number of people served 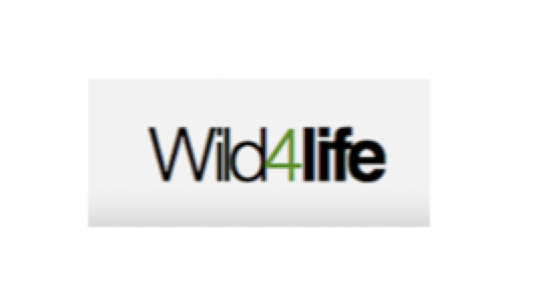 North Star Alliance is a non-profit, public-private partnership that is establishing a network of roadside health clinics at major truck stops and border crossings to serve hard-to-reach populations across Africa.
Learn more