The Medical Education for Ethnic Minorities project seeks to improve the health status of ethnic minorities and other people in mountainous areas in Viet Nam by increasing the number of well-trained and qualified doctors, nurses, and midwives in their communities.

Viet Nam is a multi-ethnic society and forms one of the most ethno-linguistically and ethno-culturally complex countries in the world. Most (75%) of the ethnic minority populations, which accounts for about 14% of the country population, live in mountainous areas, mainly in the Northern Mountains and in the Central Highlands. Ethnic minorities receive significantly poorer health care than urban and delta-area populations, resulting in a poorer health status. Few qualified medical staff are available; and, those that are present lack access to the latest information and best practices, which makes it difficult for them to improve their medical knowledge and skills.

This project focuses on improving primary health care in these areas by increasing the number of students from ethnic minorities who attend medical and nursing schools. The project works with partner schools and relevant stakeholders, such as the provincial people committees, the provincial committee for ethnic minority affairs, etc., to advocate for more enrollments of high school students to medical schools. The project also focuses on improving the quality of teaching in general by updating the primary health curricula, and by tailoring curricula to better address cultural barriers and challenges to healthy behavior and care-seeking in minority communities. New opportunities for field teaching in remote sites in areas with high concentrations of ethnic minority populations expand students’ understanding of the need for better services in those areas, and increase the likelihood that they will go on to practice in those areas after graduation. It also helps to better prepare ethnic students so that they can return to their ethnic minority communities to serve as health professionals.

The project is designed as a first phase initiative and will be made applicable for other medical universities and schools in Viet Nam.

It is estimated that 2,500 students will benefit from the project, with up to 50% coming from ethnic minority groups.

Capacity Kenya uses mobile phones to support effective communication with contract health workers hired under Capacity Kenya, and who have been deployed to remote villages in Kenya.
Learn more 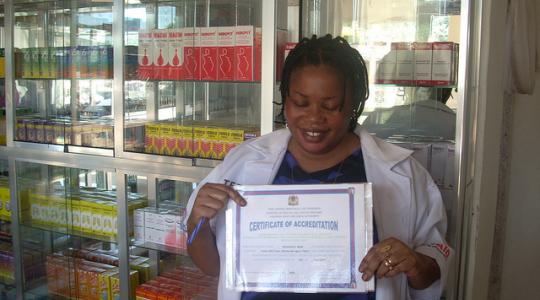 ADDO is a donor-supported initiative led by the Tanzanian Food and Drug Authority to train and license small, privately operated retail outlets in rural and poor areas to sell a set list of essential medicines, including selected prescription drugs.
Learn more

This organization runs a hospital and provides a mobile medical unit for remote areas. The hospital also trains young women as midwives to be stationed in surrounding areas.
Learn more

The Patan Academy of Health Sciences is a medical school that is dedicated to providing doctors to rural areas of Nepal.
Learn more