The Mother's Club encourages pregnant women to deliver their children in a hospital facility. members meet in a group twice a month to receive health education on safe motherhood practices. They also educate other women in their villages about safe motherhood and the risks of home delivery.

The Mother's Club is an initiative that encourages pregnant women to deliver their children in a hospital facility. It aims to boost the hospital delivery rate to 60%.

The club is the brain child of Jane Owaka, the hospital’s chief nursing officer. The club recruits women attending the hospital’s ante-natal clinic. The women are asked to make a commitment to deliver their next child at the hospital, and meet as a group twice a month to receive health education, including training on safe motherhood practices. More importantly, they are also asked to take an active role in educating other women in their villages about safe motherhood and the risks of delivering at home.

Community contributions are used to pay mothers a small stipend to cover their travel to and from the hospital, since many of them come from long distances; it also covers the cost of amenities such as warm water and hot tea for the women after they give birth. The club is making an impact on hospital delivery rates. In January 2010, prior to the creation of the club, only 20 women had given birth in the hospital. By May 2010, 36 women had in-hospital deliveries. The club has not only led to higher in-hospital delivery rates, but fewer complications and an increase in infant immunizations. According to Owaka, the hospital is also able to monitor pregnancies earlier, more mothers are having safe deliveries and their babies are healthier. The hospital also uses the club to talk to the women about family planning, paternal involvement in the family, and the risks of HIV/AIDS.

Malezi-Bora is a mobile application, availed in local languages, with audio content regarding maternal and newborn health. It works on ultra-low-cost handsets and leverages village social networks and utilizes a pay-it-forward business model, designed to incentivize mothers to share its content.
Learn more

Born to Live employs mothers living with HIV to mentor HIV-positive pregnant women and new mothers in health facilities. They work side-by-side with doctors and nurses, supporting and educating women about how to take their medicines, care of themselves, and their babies.
Learn more

The Saving Newborn Lives program helps in the development of health services effective for decreasing the mortality rate of infants between the ages of 0-28 days. SNL2 Indonesia is examines the feasibility of providing quality Essential Newborn Care services in low resource settings.
Learn more 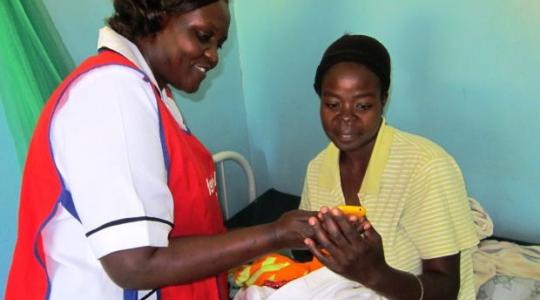